The value of the combined government interventions in the developed economies during the pandemic rose to nearly one and one-third of a nominal United States' GDP, stated IMF analytics on Monday.

The Wuhan virus pandemic in 2020, according to the International Monetary Fund, costed the world $28 trillion. And in 2021, this figure will undoubtedly only grow.

The spending equaled 1.3 annual of 2019 GDP of the United States and more than twenty times of Australia's 2019 GDP.

Such staggering levels of spending have pushed global public debt to an all-time high — but governments should not withdraw fiscal support too soon, said the fund.

With many workers still unemployed, small businesses struggling, and 80‑90 million people likely to fall into extreme poverty in 2021-22 as a result of the pandemic — even after additional social assistance — it is too early for governments to remove the exceptional support, said IMF.

Central banks, too, have come in to support the economy by cutting interest rates — many to record-low levels — which will help governments to manage their debt.

The Reserve Bank has kept interest rates at a record low and will continue its programs to pump cheap money into the banking system and economy, but has said it is watching surging home lending "carefully".

The RBA has kept the cash rate target at 0.1 per cent for the fifth month in a row. 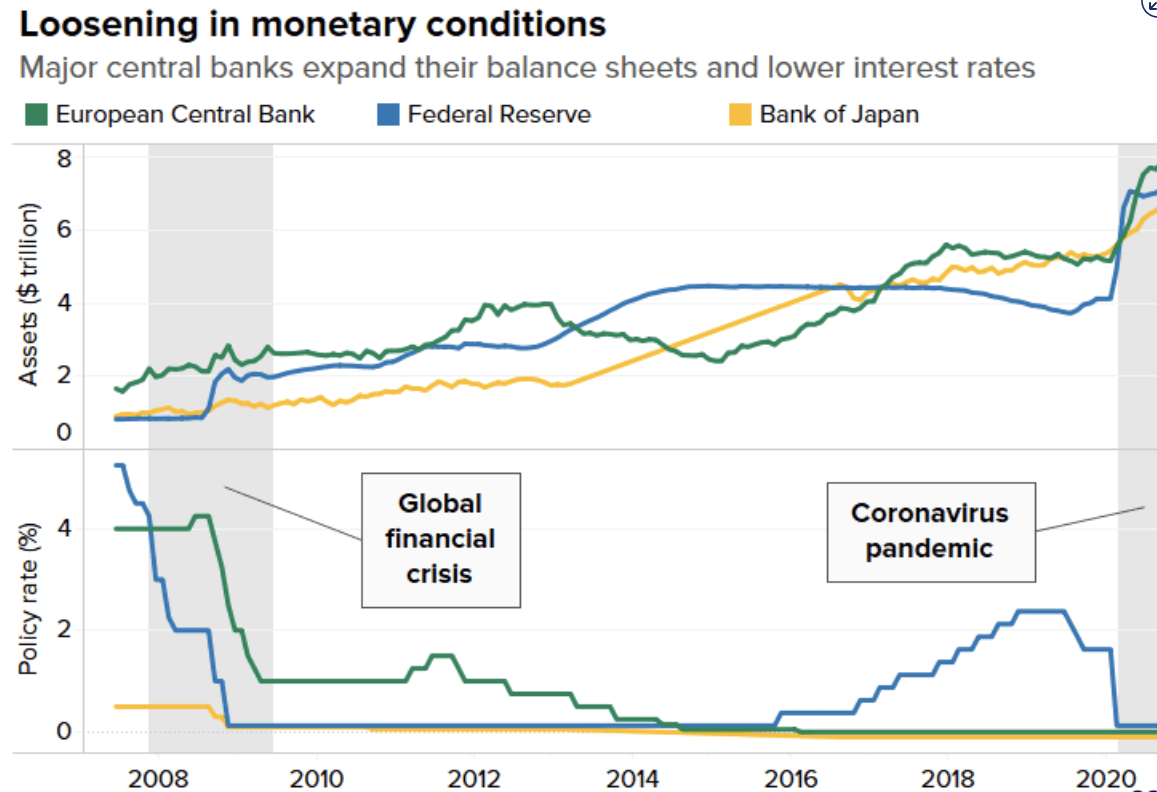 In a statement, the central bank's governor Philip Lowe acknowledged that property prices were rising in most markets.

Housing credit growth to owner-occupiers has picked up, with strong demand from first-home buyers, he said.


Pandemic affected budgets and investment plans of the cities, to a much greater degree than the countries, IMF stated. Therefore, as a part of the economic strategy should be closer regional cooperation. The countries need to consider sizable revenue allocation for the regions, the analysts suggested.

As a second principle, IMF pointed at the Build Better Movement, driven by the demand for a green economy transition and responsible business conduct. It includes a commitment to integrate analysis of environmental, social, and economic impacts on local communities into project appraisals. Companies contribute to the development of inclusive and sustainable economic models in developing countries.

Not a single economy, including the economies of the BRICS forum that is Brasil, Russia, India, Communist China and South Africa, managed to avoid losses. All countries showed a decline in GDP by the end of the year.

However, Communist China was excluded from the survey due to its lack of transparency of economic data. Despite that fact some commentators decided to claim that Beijing economy grew during the pandemic.

But the worldwide fall could have been much deeper, if not for the prompt anti-crisis measures of the governments of the states of the group, according to IMF. Development banks of the five countries, united in the BRICS Forum Interbank Cooperation Mechanism, provided assistance in the implementation of anti-crisis programs. Development banks acted as operators of the relevant state programs, providing businesses with preferential loans, helping commercial banks in restructuring problematic debts.

A daily newspaper for future and current capital owners - for You.

In the 21st Century Economy job alone is not sufficient. You need to have an opportunity to become an owner of a productive capital in order to earn your living and support your family.